NAHB: Encouraging Signs for Housing as Gridlock Persists in Washington

As the housing industry slowly climbs back on the road to normal following the worst downturn since the Great Depression, NAHB is working to keep housing and homeownership a top national priority during an election season marked by political gridlock in Washington, according to participants in a July 12 NAHB webinar on the mid-year outlook for housing and the 2012 elections.

Part of NAHB’s broad strategy to highlight the importance of housing is to hold a series of homeownership rallies in key battleground states between now and the November elections. NAHB CEO Jerry Howard cited the success of a Rally for Homeownership held on July 11 in Tampa, Fla. (see bullet above) that was sponsored by NAHB, the Tampa Bay Builders Association and the Florida Home Builders Association.

“The rally drew more than 600 people, including concerned citizens, elected officials and business leaders, and highlighted the importance of homeownership,” said Howard.

The next Rally for Homeownership will take place in Detroit on July 20 and subsequent rallies will be held this fall in Kansas City, Mo.; Milwaukee, Wis.; Columbus, Ohio; Richmond, Va.; and Las Vegas.

Each rally location was selected because it is a battleground presidential state or a state with a key Senate race.

By conducting homeownership rallies in these strategic states, Howard said the goal is to ensure that presidential and congressional candidates on both sides of the political aisle understand the importance of housing and homeownership and to remind them that there can be no economic recovery without a housing recovery.

In addition, NAHB has been taking this message directly to the presidential candidates. Over the past few months, NAHB has met several times with the policy staff of President Obama and the Romney campaign.

Further, NAHB will have a significant presence at the both the Democratic and Republican conventions later this summer.

As NAHB works to keep housing in the forefront, NAHB Chief Lobbyist Jim Tobin said there is a very polarized environment on Capitol Hill, calling this the political “silly season.”

He acknowledged that little is expected to get done in Congress between now and the November elections, as lawmakers will go on break for the summer recess in three weeks, which will be extended longer this year due to the political conventions. When Congress resumes in mid-September, the chamber is expected to adjourn in early October to focus on the elections.

Meanwhile, NAHB continues to work with lawmakers in both chambers to end the dearth of credit for the construction of new homes.

“We are currently waiting to attach H.R. 1755 to a larger legislative vehicle to show regulators that there is no national housing market and that housing markets are local,” said Tobin. Many markets are on the mend, and builders need access to construction loans to meet demand and to help local economies grow, he added.

Among other legislative priorities for NAHB:
While Congress may be paralyzed on larger issues, at NAHB’s urging, lawmakers pulled together recently to pass a five-year reauthorization of the National Flood Insurance Program. Tobin noted that NAHB played a key role in helping to shepherd the bill through Congress and deleting a key provision that would have caused home owners living behind levees and dams to pay much higher insurance premiums.

With Congress essentially deadlocked through the Nov. 6 elections, Tobin said that the post-election “lame duck” session will be the most “jam-packed we have seen in a long time.”

In a relatively short time frame following the November elections and before the new Congress is sworn in, lawmakers are expected to grapple with several major issues. These include extending the 2001/2003 tax cuts, the mandatory spending cuts that were part of the sequestration process as a result of last year’s debt ceiling deal, and the need to once again raise the debt ceiling in order to allow the U.S. government to continue to pay its bills without the risk of default.

NAHB will be urging lawmakers to extend the 2001/2003 tax cuts for all taxpayers and to avoid any spending cuts required through last year’s sequestration deal that would harm housing. Sequestration requires lawmakers to come up with $109 billion in spending cuts divided evenly between defense and discretionary spending programs in 2013.

Both Howard and Tobin said the race for the White House is too close to call and, while far from a certainty, they believe the House will stay in Republican control and the Democrats will maintain power in the Senate.

“No matter which candidate wins, or which party is in power in the House and Senate, NAHB has a long history of working in a bipartisan manner to push housing issues forward,” said Tobin.

On the economic front, NAHB Chief Economist David Crowe expects that gross domestic product will rise 2% this year and 2.5% in 2013, which should lay the groundwork for improving housing markets.

One of the reasons why there is a slow housing recovery is “because we are not adding many jobs,” said Crowe.

He noted that for the first time in recent memory, there has been better news on the housing front than the overall economic front.

“The Federal Housing Finance Agency home price index has had some gradual increase for some time,” Crowe added, “and Case-Shiller, which has been the most negative of all home price indexes, has begun to show some increase.”

Meanwhile the NAHB/Wells Fargo Housing Market Index, which measures builder confidence in the single-family market, has doubled since September and NAHB’s First American Improving Markets Index has gone from 12 in September to 84 in July.

“Eighty-four markets are over 20% of all marketplaces,” said Crowe. “This recovery is happening, it’s just happening in different places and tends to be occurring in smaller markets.”

Tight mortgage lending restrictions continue to hamper the single-family market, Crowe added. He noted that for most mortgages that are closing today, buyers have an average FICO score of 760, versus a score of 710 for loans closed earlier in the decade.

Residential remodeling of owner-occupied properties is operating at a healthy clip and is now back to where it was before the housing downturn, Crowe added.

A full replay of the webinar is available here.
Posted by Michael Dey at 1:53 PM 1 comment: 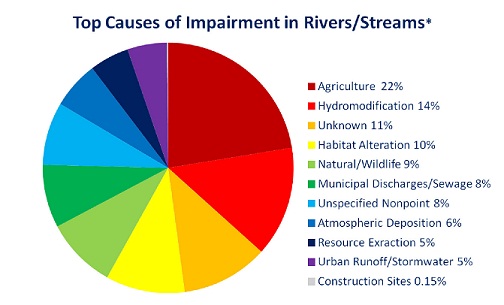 A new slide presentation can help HBAs and developers overcome the myth home building is a major source of water pollutants because of stormwater runoff from construction sites.

Based on a federal report released in 2009, Water Quality and the Construction Industry details how agriculture, dam making and other activities overwhelmingly affect water quality, while the sediment released from residential construction accounted for 0.15% -- or significantly less than 1% -- of the total sediment in surface waters.

“EPA’s own data shows that pollutant discharges from construction sites have decreased over time . . .primarily due to the steps that builders and developers take to control the stormwater that runs off of their sites,” according to the talking points accompanying the presentation.

“Due to these gains and EPA’s admission that ‘construction sites are already being adequately addressed through existing programs,’” there is little need for states or municipalities to take additional steps to control construction site runoff. In fact, in most instances doing so would only result in higher construction costs and higher home prices, but little or no added environmental benefit,” the presentation says.

The slide presentation is part of the “Land Use 101” package of detailed information and background materials on infrastructure, green development and other topics.

Visit the Land Use 101 webinar replay page to learn more about the toolkit and its more than 50 presentations tailor-made for HBA members and leaders.
Posted by Michael Dey at 1:49 PM No comments:

The National Association of Home Builders (NAHB) told Congress today that proposed mortgage lending reforms under the Dodd-Frank Act must be imposed in a manner that causes minimum disruption to the mortgage markets while ensuring consumer protections.

At the heart of this issue is the definition of a new “qualified mortgage” (QM) as required under the Dodd-Frank legislation passed in 2010 that could have a profound effect on mortgage originations. The legislation includes an “ability to repay” provision that requires lenders to establish that home buyers have a reasonable chance of paying back the loan at the time the mortgage is written. This will set the foundation for the future of mortgage financing, as all mortgages will be subject to these requirements.

“NAHB urges the Consumer Financial Protection Bureau (CFPB) and policymakers to consider the long-term ramifications of these rules on the market, and not to place unnecessary restrictions on the housing market based solely on today’s economic conditions,” said Judson. “Overly restrictive rules will prevent willing, creditworthy borrowers from entering the housing market.”

A narrowly defined QM would put many of today’s sound loans and creditworthy borrowers into the non-QM market, which would undermine prospects for a housing recovery. Loans that fail to qualify as QMs would be less available and far costlier because lenders and investors would face a much greater risk of violating the terms of the new ability-to-repay requirement.

In other words, under a narrow QM definition, lenders would further restrict home mortgage credit in what is already a tight lending environment because they would be fearful of the severe penalties that would be imposed if they failed to satisfy the ability-to-repay requirement under the more uncertain standards that would apply in the non-QM market.

Even with a broader QM definition, the flow of credit could be restrained if lenders face a high risk of legal challenges to their loan decisions. To best ensure safer, well documented and underwritten loans without limiting the availability or increasing the costs of credit to borrowers, NAHB supports a QM safe harbor definition that would provide more assurance to lenders that they will not be subject to increased litigation if they use sound underwriting criteria. The safe harbor should incorporate specific ability-to-repay standards, said Judson.

“We recommend that the regulators work with NAHB and other industry stakeholders to develop a workable safe harbor,” said Judson. “The final rule should promote liquidity by providing consumers stronger protections than those proposed by the Federal Reserve Board and giving financial institutions definitive lending criteria that reduces excessive litigation exposure.”

Noting that in a period of historically low interest rates prospective home buyers are finding it more difficult to obtain mortgage credit, Judson called on policymakers to take great care to avoid further changes that could exacerbate the situation.

“Consumers must have access to a responsible and sustainable housing credit market, so as we strengthen lending regulations to avoid past excesses, we must be careful not to create an environment where mortgage loans are subject to unnecessarily heightened litigation risks,” he said. “Excessive litigation exposure and severe penalties for violating the ability-to-repay standards would further restrict mortgage lending for all Americans and could cause low- to moderate-income and minority populations to suffer disproportionately.”
Posted by Michael Dey at 1:35 PM 3 comments: 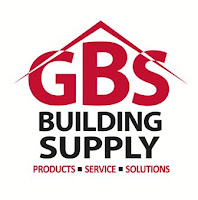 GBS Building Supply, a 40 year-old local, employee-owned
company that provides quality start-to-finish products to the professional building/remodeling market, is pleased to announce the launch of its newly revamped website at www.GBSBuilding.com.  Also, like GBS on Facebook at https://www.facebook.com/GBSbuilding.

“Our new website is a great asset to GBS Building Supply and will allow visitors to have a very informative experience," said Chief Executive Officer, Bob Barreto. "The site reflects our new branding and the direction we are headed as a company - offering the best in Products, Service, and Solutions."  Other new functions on the website include a photo gallery, downloadable copies of the
company newsletter, and a calendar for scheduling appointments in the expanded Mauldin showroom.

Posted by Michael Dey at 3:58 PM No comments: