The goal of this event is to publicize the state and national impact of homeownership and the housing industry.  The Republican Presidential Preference Primary will take place less than two weeks after the rally.  Numerous Republican candidates for President of the United States will be in South Carolina campaigning the week of the rally, and one or more are expected to attend the rally.  They will be followed closely by the national media.  This rally is an opportunity for Home Builders to help their National Association of Home Builders to showcase the importance of homeownership and new home construction to America.

The rally, which starts at 1 p.m., is preceded by lunch on the State House grounds at 12 noon.

Please let your HBA of Greenville know your intentions about attending this rally by registering.  We will plan to arrange transportation either by bus or carpool, depending on the level of participation.  Please register as early as possible so we can plan accordingly.  Click here to register at HBAofGreenville.com to participate in the Homeownership Works Rally at the South Carolina State House.

Posted by Michael Dey at 2:38 PM No comments: 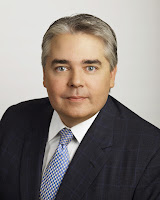 
Dozier will discuss trends in banking, particularly as they impact residential construction and development.  Also on the agenda will be the installation of our 2012 Board of Directors and announcement and recognition of our 2011 Builder of the Year and Associate of the Year.

Click here to register for the January Membership Meeting and Awards Luncheon at HBAofGreenville.com.

Robert Dozier oversees FHLBank Atlanta’s Member Sales and Trading, Community Investment Services, Corporate Communications, and Government and Industry Relations functions.  Prior to joining FHLBank Atlanta in 2011, Dozier was president and chief operating officer for Homeowners Mortgage Enterprises (HME), a subsidiary of CoastalStates Bank, where he began as a loan officer in 1992. Dozier also served on the board of directors for CoastalSouth Bancshares, the holding company of CoastalStates Bank, and the board of directors for FHLBank Atlanta from 2002 to 2004. He earned a Bachelor of Arts degree in political science from the University of South Carolina.
Posted by Michael Dey at 2:09 PM No comments:

Late last week the Chairman of the South Carolina Building Codes Council, Greg Parsons, PE, sent out an email that prematurely states that the spanning capacity of Southern Yellow Pine has already been reduced.

Currently in South Carolina, the span tables that are approved and in force include those in the 2006 International Residential Code and as an alternative, an "Altnernative to IRC Table R503.5 (1)."  Scroll to Page 14 for the table.
Posted by Michael Dey at 11:01 AM No comments:

The National Association of Realtors announced this week that it will restate its estimates of existing home sales for the past four years.  The group said its overstated estimate of existing home sales was caused by reliance on inaccurate data from local multiple listing services, and some sales being counted more than once.

Read the full report at the Wall Street Journal by clicking here.

A new federal report shows that speculative real estate investors played a larger role than originally thought in driving the housing bubble that led to record foreclosures and sent economies plummeting in Nevada, California, Arizona, Florida and other states. Researchers with the Federal Reserve Bank of New York found that investors who used low-down-payment, subprime credit to purchase multiple residential properties helped inflate home prices and are largely to blame for the recession.

Read the full report at the Huffington Post by clicking here.
Posted by Michael Dey at 10:25 AM No comments: