Call for Nominations for Builder, Associate, and Remodeler of the Year

Your Home Builders Association asks that you recommend a member for our annual BB&T Builder of the Year Award, Richard A. Ashmore, Sr., Associate of the Year Award, and Remodeler of the Year Award. The awards are given to a members who freely gives of his or her time, efforts and participation in order to make the HBA of Greenville a stronger organization for all of its members. These members serve the industry through participation on HBA Committees and with special projects of the Home Builders Association. Each represents the highest level of integrity and honesty in the home building industry. Below is a list of recent recipients:

Builder of the Year:


In addition, these awards also may be given to members of the association: 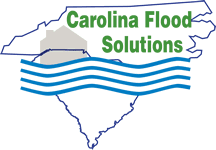 Your Home Builders Association has partnered with the Greater Greenville Association of Realtors to offer a seminar on the recent changes to the National Flood Insurance Program.
The purpose of the seminar is to update HBA and GGAR members on the changes resulting from the legislation that renewed the National Flood Insurance Program for another five years.  Those changes have resulted in dramatic increases in flood insurance premiums for some homeowners and in some cases have threatened potential real estate transactions.  It is important for Home Builders to understand how the new rules will impact owners of homes built in flood-prone areas.  In addition, Remodelers who are familiar with the new rules may be able to leverage that knowledge to secure new business.

This is not just a Coastal Issue. Property owners and transactions are being impacted all over the Upstate.

Speakers include:
The agenda will include a comprehensive briefing of the changes in the law regarding flood insurance by Lisa Jones, and briefings from Robert Hall and Jacqueline Chelbezan on local flood management ordinances and resources for evaluating the flooding risk of property in the Greenville area.

The seminar is free to HBA of Greenville members. To register at HBAofGreenville.com, click here.
Posted by Michael Dey at 2:44 PM No comments:

Don't delay enter your sales and marketing team, new home project, or remodeling project TODAY! Click here for more information and to get you entry application.