The right to vote is not only a privilege, it is a responsibility that each voter should take seriously. Elections are how our country chooses the leaders who will represent our interests in the halls of government.

Your Home Builders Association has formed two Political Action Committees that raise money from our members, screens candidates, and makes contributions to the campaigns of the candidates that our Government Affairs Committee members and Board of Directors have determined will be represent the interests of the Home Building, Remodeling, Land Development, and Light Commercial Contracting industries.


Don't think your vote matters? "A few years ago a few Home Builders in Dorchester County (Summerville) thought their vote did not matter," Michael Dey, Executive Vice President of the Home Builders Association, said. "The chairman of Dorchester County Council, a member of the Home Builders Association, lost by just four votes," Dey said. "He was replaced by a politician hostile to the interests of Home Builders, and the next four years were very difficult for that association," he said. "The association knew of several members, who lived in the county, who did not vote in that election." Yes, your vote does matter.

BuildPAC has contributed to the following candidates:

South Carolina Builders PAC has contributed to the following candidates:

BuildPAC is a PAC organized under Federal Election Laws and managed by the National Association of Home Builders. It's scope is Congressional races. BuildPAC does not take a position on the Presidency.

The Government Affairs Committee surveys and interviews candidates and makes recommendations for supporting candidates to the Home Builders Association of Greenville Board of Directors, which makes the final decision on local and legislative races. The S.C. Builders PAC Trustees determines contributions for statewide races, and the BuildPAC Trustees determines the contributions for Congressional races.
Posted by Anonymous at 2:54 PM No comments:

The Home Builders Association of Greater Atlanta is seeking judges for their OBIE Awards. Judging will take place from July 20th-24th, with lodging and food paid for.

Judges will be assigned to a variety of the above categories based on their expertise. While in Atlanta, the HBA will provide judges with lodging for the nights indicated, transportation to and from the airport and for all planned activities, lunch and refreshments during judging and a dinner with our Sales and Marketing Council Board on Friday evening. You will be responsible for your transportation to and from Atlanta.

Apply through the form below by Friday, June 10th.

Posted by Anonymous at 10:12 AM No comments:

HBA and Rebuild Upstate Partner to Help a Greenville Resident

On June 18th, your Home Builders Association and Rebuild Upstate will partner to help build a ramp for an elderly man in Greenville. At this time we are looking for volunteers and materials to be donated at the residence on June 17th. Below is the list of materials needed. If you are able to donate please contact Abbey at the Home Builders Association at (864) 254-0133 or by email.

The award, granted by the National Association of Home Builders, is part of an annual program designed to recognize outstanding accomplishments of state and local Home Builders Associations and executive officers in the field of association management.

HBA of Greenville Chief Executive Officer Michael Dey will recieve the plaque and recognition at the 2016 Association Leadership Institute, taking place in San Antonio in July.

You can see all of the winners in the winner database.
Posted by Anonymous at 3:21 PM No comments:

Welcome to the Newest SMC Members 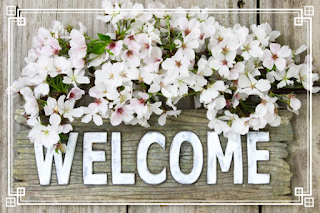 Your Home Builders Association of Greenville and Sales and Marketing Council of the Upstate is proud to welcome:

If finding skilled laborers isn’t your top concern, chances are, finding lots to build on is your number one challenge.

For nearly 20 years, the NAHB/Wells Fargo Housing Market Index has periodically tracked builder sentiment regarding lot availability. In all that time, the percentage of builders reporting shortages has never been as high as it is now: 64% reported a “low” or “very low” lot supply — a 2% increase from the previous record set in May 2015.

Even back in 2005 — when the rate of housing starts was roughly twice that of today’s rate — the share of builders reporting shortages was down around 53%.

Nowhere is the scarcity of land more apparent than in the western U.S., where 39% of builders said lot supply was “very low” (compared to 23% in the South and 18% in both the Midwest and Northeast). But when referring specifically to premium “Class A” lots, builders from coast to coast reported more similar opinions of widespread shortages.

“Here in Northeast Ohio, the supply of ‘A’ lots has really dwindled,” said Bill Sanderson, vice president of Knez Homes, a Cleveland-area custom home building company. “A few spots are available for redevelopment, but that process takes time, and there still isn’t a ton of [land].”

Sanderson, who also serves as president of the Ohio Home Builders Association, says many builders have little choice but to look farther and farther out into the suburbs, where the prices need to be highly competitive to entice enough buyers.

“In those secondary locations, increased entitlement time and more regulations, including environmental and other issues, mean that lots are not coming online as quickly as planned,” Sanderson explained.
Posted by Anonymous at 3:49 PM No comments:

Congratulations to Crystal and Tammy!

Tammy has been with the Home Builders Association for two years and involved in the Southern Home and Garden Show for three years. Throughout her time at the HBA Tammy has been involved in several aspects of the association, from accounting to membership services and more. We are lucky to have someone as versatile as Tammy!

In addition to planning all of the member events, Crystal also developed the Bridge Awards program, the Approved Professional Builder program, and is the staff member in charge of the Sales & Marketing Council. She has been with the HBA for four years now and very much deserves the recognition. Thanks for all of your hard work, Crystal!

Congratulations to both Tammy and Crystal!

Posted by Anonymous at 12:00 PM No comments: