The U.S. Treasury Department announced yesterday that it will delay implementation of the employer mandate to provide health insurance to employees until 2015.

The Affordable Care Act requires that companies that employ 50 or more employees provide health insurance, or pay a fine.  The mandate was set to begin January 1, 2014.

To read the complete announcement at treasury.gov, click here.
Posted by Michael Dey at 3:22 PM No comments: 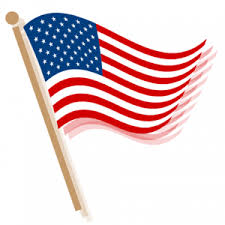 The HBA of Greenville office will be closed Thursday July 4th and Friday July 5th in observance of Independence Day.

Happy 4th of July!
Posted by Unknown at 3:22 PM No comments:

Harold Truman Newton, of Easley, SC, passed away Tuesday, June 27, 2013 at the Richard Campbell Veterans Nursing Home, Anderson, SC. He was born on March 14, 1921 in Anderson County to the late Truman O. Newton and Jelia Mae Boggs Newton. He was predeceased by his sister, Ruth Newton Hicks of Easley. He is survived by his wife of 44 years, Patricia Reardon Newton.

Harold graduated from Easley High School in 1938. He joined the Army Air Corp in 1942 serving as a pilot in the Southwest Pacific. Following service in WWII, he flew as an Air Force pilot at Donaldson Air Force Base in Greenville until it closed. He then flew with the Georgia Air National Guard, Savannah, GA, until his retirement in 1971. He was a corporate pilot for Ballenger Paving Company from the mid-1950s thru the early 1960s.

Harold had a long career in the building business. His businesses included the Newton-McConnell Lumber Co. and Thermal Insulation and Construction, Inc. He designed and built numerous homes and offices in the Easley and Greenville area, including the only Frank Lloyd Wright house located in upper South Carolina. He served as President of the Home Builders Association of Greenville and the North Greenville Rotary. He retired in 1995 from the building business.

Harold had many interests in life. He played guitar with "The Rhythmaires" for many years. He loved to play competitive table tennis and checkers and was an expert bridge player. He treasured his time with special friends, particularly the breakfast groups. A special thank you to Harold's friends who remained loyal to him to the end.

Harold had a very generous heart. He chose to participate in the Gift of Body Program at the University of South Carolina School of Medicine.

Source:  Greenville News
Posted by Michael Dey at 9:10 AM No comments:


On July 20, Governor Nikki Haley signed into law H.3774, referred to as the “Permit Extension Bill.” Due to the recent economic downturn, many builders are experiencing financial restrictions that make it difficult to complete projects as originally scheduled. Recognizing that many public and private sector projects could be abandoned due to challenging permit renewal processes, the HBASC pushed for passage of H.3774 to provide relief to builders across South Carolina.

H.3774, modeled after a similar bill from the 2010 session, extends the expiration date of certain permits to prevent the abandonment of projects which have already received appropriate approval. These permits would include erosion and sedimentation control plans, land disturbance permits, stormwater management plans, water or wastewater permits, NPDES permits, water quality certification, air quality permits, OCRM permits, and City/County approval of sketch plans, preliminary plats, subdivision plats, site specific development plan, and a building permit. Any of these permits which are current and valid as of December 31, 2012 would continue to be valid until December 31, 2016.

The HBASC would like to give a special thanks to Representative Dwight Loftis for sponsoring this legislation. A full version of the legislation can be found on the Statehouse website (link for website: http://www.scstatehouse.gov/sess120_2013-2014/bills/3774.htm).
Posted by Michael Dey at 3:44 PM No comments: