Lost Coverage
It’s human nature. Negative news tends to get our attention a whole lot quicker than warm, fuzzy, feel-good news. And, there’s a lot of negative news out there about Obamacare.

Not a day goes by that we don't get a call that starts off with, “I'm losing my coverage,” or “I heard my friend is being dropped. Am I going to be dropped, too?” Here are a few reasons why you may be dropped from your plan:
Pre-Existing Conditions
One reason your coverage will never be dropped, is for a pre-existing condition. A key component of the new health care law is that insurance companies can no longer charge more or deny coverage to those with pre-existing conditions.

As of January 1, 2014, insurers are also not allowed to limit the dollar amount of health benefits—either annually or over a lifetime. And, you can not be dropped or denied coverage when you get sick.

Exclusions
The ACA’s “individual mandate” requires all Americans to have some form of health insurance, or pay a fine. But, as with everything in life, there will always be some exceptions to the rule. Those exempt from penalties for noncompliance, include:
There is still much to learn as we navigate this ever-changing landscape of health care reform. But it is our mission to educate our clients, answer questions and assist in the transition.
Posted by Michael Dey at 1:49 PM No comments:

Markets in 58 out of the approximately 350 metro areas nationwide returned to or exceeded their last normal levels of economic and housing activity, according to the National Association of Home Builders/First American Leading Markets Index (LMI), released today. This represents a net gain of two from the previous month. The index’s nationwide score ticked up a percentage point to .87. This means that based on current permits, prices and employment data, the nationwide average is running at 87 percent of normal economic and housing activity.

In the Upstate, Greenville ranks 150 among the nation's housing markets, down from 145 in December.  It's overall score is .87, or 87 percent of normal and equal to the national average.  Holding our market back is permits, which are 55 percent recovered, down slightly from January.  However, prices are 115 percent of normal, an indication that demand is now exceeding supply.  Employment remains at 92 percent of normal.

Click here to view data on all 350 housing markets.

“Housing markets across the nation are continuing their slow and steady climb back to normal levels,” said NAHB Chairman Rick Judson, a home builder from Charlotte, N.C. “As employment and consumer confidence slowly improves, this is spurring pent-up demand among potential buyers.”

“Firming home prices are hastening the return of normal economic and housing activity in an increasing number of markets,” said NAHB Chief Economist David Crowe. “The healthiest markets continue to be centered in smaller metros that boast strong local economies, particularly in the oil and gas producing states of Texas, North Dakota, Louisiana and Wyoming.”

“We are pleased about the continued market trends, highlighted by the fact that eighty-five percent of all metropolitan areas have shown signs of improvement over the past year,” said Kurt Pfotenhauer, vice chairman of First American Title Insurance Co., which co-sponsors the LMI report.

Baton Rouge, La., tops the list of major metros on the LMI, with a score of 1.41 – or 41 percent better than its last normal market level. Other major metros at the top of the list include Honolulu, Oklahoma City, Austin and Houston, Texas, as well as Harrisburg, Pa. and Pittsburgh – all of whose LMI scores indicate that their market activity now exceeds previous norms.

Looking at smaller metros, both Odessa and Midland, Texas, boast LMI scores of 2.0 or better, meaning that their markets are now at double their strength prior to the recession. Also at the top of the list of smaller metros are Bismarck, N.D.; Casper, Wyo.; and Grand Forks, N.D., respectively.


Editor’s Note: In calculating the LMI, NAHB utilizes employment data from the Bureau of Labor Statistics, house price appreciation data from Freddie Mac and single-family housing permits from the U.S. Census Bureau. The LMI is published on the fourth working day of each month, unless that day falls on a Friday -- in which case, it is released on the following Monday.
Posted by Michael Dey at 6:31 PM No comments:

Did you know that the average impact fee assessed on a new home in South Carolina is $6,555?  Read the full article at Eye On Housing by clicking here.  According to NAHB, most of that fee is assessed for water and sewer services.  Click here to read the full report.
Posted by Michael Dey at 6:17 PM No comments:

NAHB: Residential Construction Spending Up 18% in 2013

While the year 2013 ended on a weak note for housing, the statistics for year-end totals reveal a strong performance for home building. Census data for December indicate that on a three-month moving average basis, for the year 2013 single-family construction was up 20%, multifamily gained 34.5%, and remodeling was up 14%. Total residential construction spending increased 18.3% year over year.

However, data for the final months of the year suggest lingering impacts from the declines in consumer confidence associated with the political uncertainty of the partial government shutdown. New home sales were down 7%, reaching an annualized pace of 414,000 in December. And the National Association of Realtors Pending Home Sales Index, which is a good indicator of future closed existing home sales, was off 8.7% in December. Completed December existing home sales were up slightly from November, but down from December 2012.

There were a number of potential reasons for the slight declines at the end of the year, including weather and an earlier rise in interest rates. Looking forward, small increases in interest rates are expected as the Federal Reserve continues its ongoing tapering of its quantitative easing asset purchase program, which has held interest rates down. This development comes at a time in which Census data indicates a declining share of new home sales are due to FHA mortgages and cash sales.

Housing’s weakness at the end of the year held back GDP growth for the fourth quarter, which was up 3.2% after a growth rate of 4.1% in the third. More concerning was the fact that 1.7 points of the 3.2% growth was due to inventory investment (“restocking of shelves”), which will likely subtract a full percentage point from GDP growth in the first quarter of 2014.

With the NAHB International Builders’ Show under way in Las Vegas, now is a good time to review indicators that can help guide our expectations for 2014. For example, NAHB’s 55+ Housing Market Index, a measure of developer confidence in the senior housing market, was up sharply at the end of 2013. All segments of the market (single-family, condominium and multifamily rental) registered strong increases relative to the end of 2012.

On the other side of the age distribution, recent NAHB research found that the share of young adults living with their parents is up strongly in recent years. For individuals aged 25 to 34, the current share (19%) is almost double the historical average (approximately 11%). The numbers suggest potential pent-up rental and owner-occupied housing demand for about 3 million young adults. To unlock this demand, job and income growth will have to increase for those under age 35, who have seen on average income declines in the past two years, compared to increases for older age cohorts.

The most recent Housing Vacancy Survey data provides good news for multifamily. According to the Census Bureau’s quarterly survey, rental vacancy fell 10 basis points to 8.2%, the lowest percentage since 2001. The tightening rental market is a reflection of an improving economy. This trend could also be an indication of future housing demand, as renting is typically a first step in household formation. The seasonally adjusted homeownership rate remained at 65.1% for the final quarter of 2013.

Recent remodeling data suggest a positive 2014. The fourth-quarter NAHB Remodeling Market Index held steady at 57. This matches the highest reading since 2004. A reading above a level of 50 means that more remodelers see good market conditions than poor ones.
Posted by Michael Dey at 6:09 PM No comments:


The City of Greenville Planning Commission drafted an ordinance limiting infill development activities. The commission was poised to hold a hearing on the legislation until City Council, at at your HBA's urging, stepped in and slowed down the process.

The City Council appointed a task force that includes two home builders, two remodelers, two Realtors, an engineer, an architect, three members of City Council, the Chairman of the Planning Commission, and five representatives of neighborhood associations. The following are members of the HBA or Greater Greenville Association of Realtors who serve on the task force:
To date the task force has met three times. The most recent meeting was a bus tour around Greenville to look at various infill projects and some of the problems that have been identified. The task force will meet every other week through March and develop recommendations for City Council.
Posted by Michael Dey at 5:36 PM No comments:

Late last year Greenville County Council started a process of evaluating the county's needs for improvement of roads in the county. The process began in the context of a potential increase in the sales tax to fund road improvements. Greenville County Council, however, decided to first determine the county's road needs first, before committing itself to a process that would have led to a question being added to the ballot to raise the sales tax.

Greenville County Council instead formed a Citizens Advisory Committee to research road needs and receive community input. The commission is made up of 20 citizens from around the county. The commission will hold a series of meetings throughout the county to receive public input. Click here to view the schedule of meetings.

The commission also has published a survey so that you can provide you input as well. Please consider participating in the survey. It takes just five minutes to complete. Click here to participate in the Greenville Roads Survey.

Finally, you can click here to see a report on the commission report on by WYFF.

Please make sure your voice, and that of the Home Building Industry, is heard on Greenville County's roads by participating in this discussion.
Posted by Michael Dey at 5:29 PM No comments: 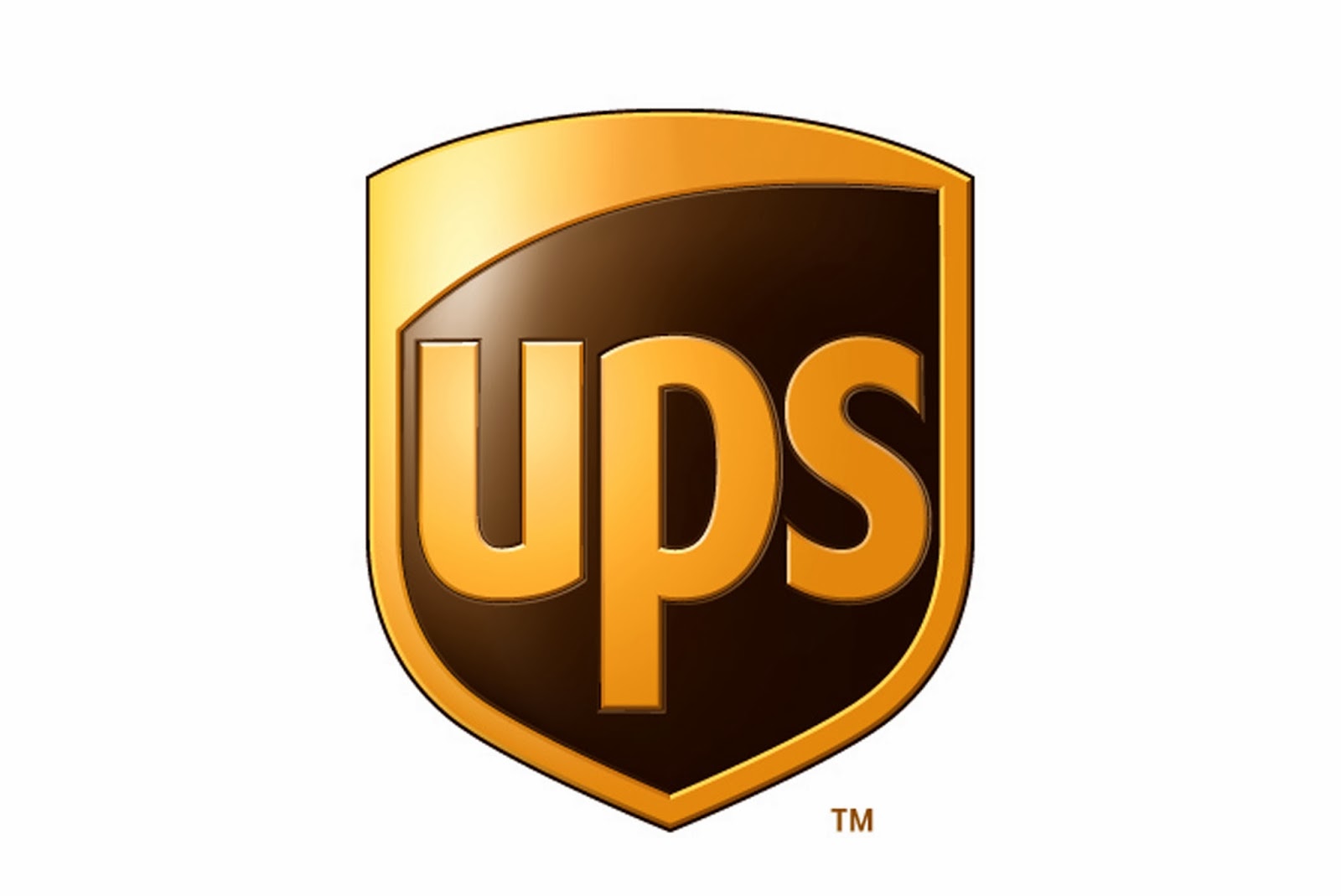 NAHB is pleased to announce that our members can now participate in the UPS Savings Program and save up to 36%. Whether you need your documents or packages to arrive the next day or are looking for the most affordable shipping option, UPS understands the importance of reliability, speed and cost.

The UPS Savings Program offers NAHB members some of the most competitive rates available on shipping services along with more service options, superior ground-delivery coverage and overnight delivery by 10:30 a.m. to more ZIP Codes than any other carrier. Plus, with the convenience of more drop-off locations and innovative UPS technology to help streamline shipment processing, members can receive value that goes beyond cost and on-time delivery.

Through the program NAHB members can now save up to 36% on a broad portfolio of UPS shipping services, including:

Posted by Rachel Duvall at 9:14 AM No comments: