"Thank you" reception planned for those that donated to Martha Childress cause. 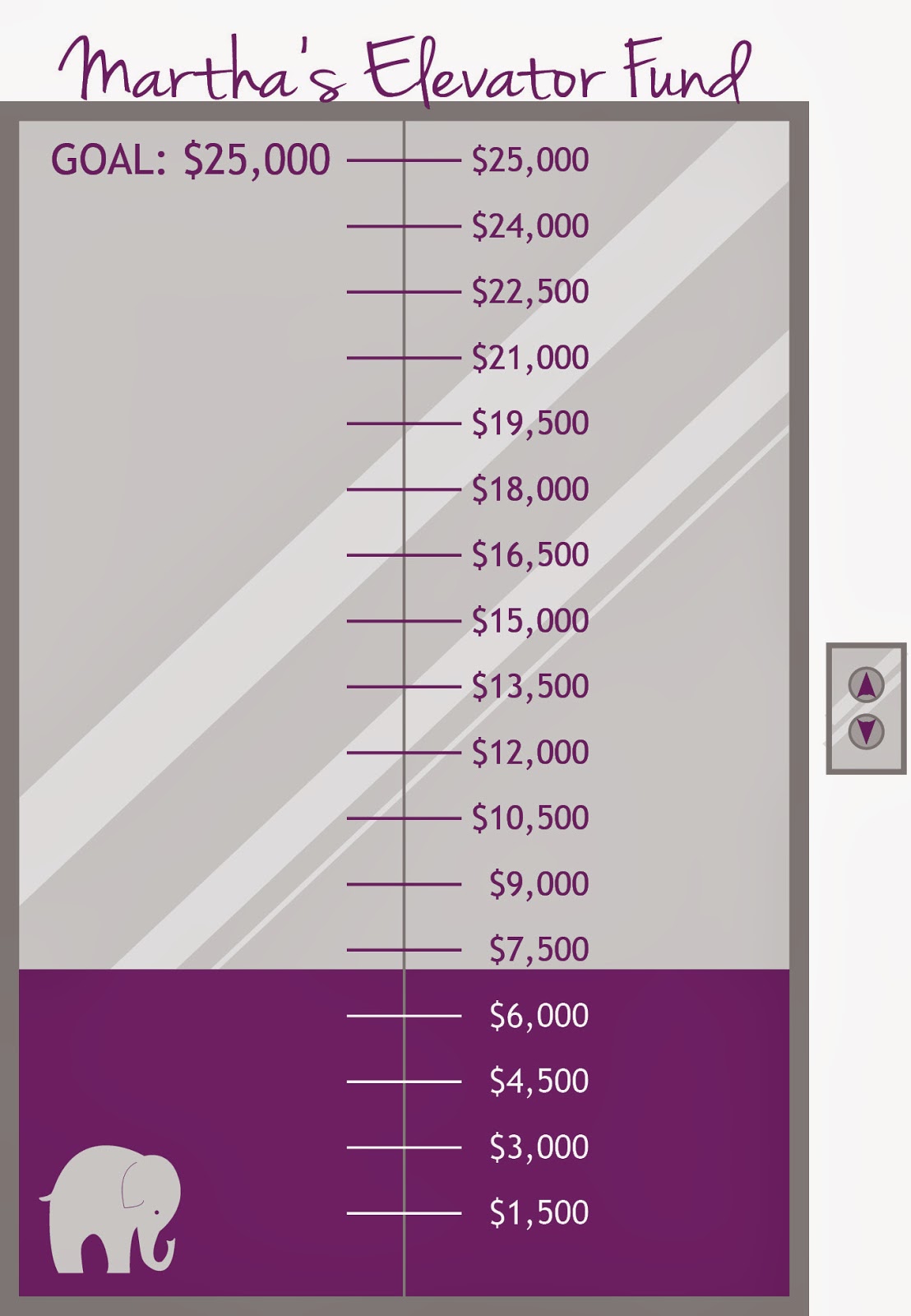 The HBA of Greenville is still raising funds to cover the cost of the completed renovations done to Martha's homes. As a small thank you, the family of Martha Childress would like to extend an invitation to a Thank You Reception for those who donated time, services, and funds to her cause. The drop- in reception will be held on January 19th from 3 to 5 p.m. at the Thornblade Club in the Tudor Room.
Please RSVP with your attendance plans to Crystal Yanes at the HBA Office 864-254-0133 or cyanes@hbaofgreenville.com.

Note: There will also be a separate reception at a later date for those that donated time and resources through the HBA of Greenville for Martha's Home renovations.

The HBA of Greenville will be publishing our annual membership directory to go out with the 2013 Southern Home and Garden Bridge Awards as well as the Spring Southern Home and Garden Show publications. These publications will be available not only to the membership but also to consumers. Please log onto our website at HBAofGreenville.com to check your membership listing or you can also call the HBA office at 864-254-0133 for assistance.

Please have any changes into the HBA office by Friday January 17th.

According to the Federal Housing Finance Agency (FHFA), the National Average Contract Mortgage Rate for the Purchase of Previously Occupied Homes by Combined Lenders index was 4.21 percent for loans closed in late November. The index is calculated using FHFA’s Monthly Interest Rate Survey. The contract rate on the composite of all mortgage loans was 4.22 percent, down 10 basis points from 4.32 in October.

Posted by Michael Dey at 4:22 PM No comments:

The HPI is calculated using home sales price information from mortgages either sold to or guaranteed by Fannie Mae and Freddie Mac. From October 2012 to October 2013, house prices were up 8.2 percent. The U.S. index is 8.8 percent below its April 2007 peak and is roughly the same as the April 2005 index level.

Monthly index values and appreciation rate estimates for recent periods are provided in the table and graphs on the following pages. Click here for complete historical data at FHFA.gov.
Posted by Michael Dey at 4:21 PM No comments:

In early December, the Federal Housing Finance Agency (FHFA) announced plans to increase the base guarantee fee (g-fee) for all mortgages by 10 basis points, update the up-front g-fee grid, and eliminate the up-front 25 basis point adverse market fee that has been assessed on all mortgages purchased by Fannie Mae and Freddie Mac since 2008 effective in March and April 2014. FHFA announced today that it has directed Fannie Mae and Freddie Mac to delay implementation of these changes.

FHFA Director Melvin L. Watt, who was sworn in as Director on January 6, said that he intends to conduct a thorough evaluation of the proposed changes and their likely impact as expeditiously as possible, and would give not less than 120 days’ notice after completing the evaluation before implementing any changes. “The implications for mortgage credit availability and how these changes might interact with the new qualified mortgage standards could be significant,” said Watt. “I want to fully understand these implications before deciding whether to move forward with any adjustments to g-fee pricing.”

Posted by Michael Dey at 3:52 PM No comments:


Markets in 56 out of the approximately 350 metro areas nationwide returned to or exceeded their last normal levels of economic and housing activity, according to the National Association of Home Builders/First American Leading Markets Index (LMI), released today. This represents a net gain of two from the previous month. The index’s nationwide score of .86 indicates that, based on current permits, prices and employment data, the nationwide average is running at 86 percent of normal economic and housing activity.

“More markets are slowly returning to normal levels and we expect this upward trend to continue as an improving economy and pent-up demand brings more home buyers back into the marketplace,” said NAHB Chairman Rick Judson, a home builder from Charlotte, N.C. “Policymakers must be careful to avoid actions that would harm consumer confidence and impede the ongoing recovery.”

“Forty-five percent of metro areas are recovering at a faster pace than the nation as a whole, with smaller markets leading the way,” said NAHB Chief Economist David Crowe. “Of the 56 markets that are at or above normal levels, 48 of them have populations that are less than 500,000, and many of these local metros are fueled by a strong energy sector, which is producing solid job and economic growth.”

In the Upstate, Greenville ranks 145 among the nation's housing markets, up from 150 in December.  It's overall score is .87, or 87 percent of normal and better than the national average.  Holding our market back is permits, which are 56 percent recovered.  However, prices are 114 percent of normal, an indication that demand is now exceeding supply.  Employment is at 92 percent of normal.

Spartanburg is ranked 186 with a score of .84.  Permits also are 55 percent recovered, and housing prices have just exceeded normal.  Employment is at 93 percent of normal.  Spartanburg is among of the fastest-recovering markets in the nation.

Click here to view data on all 350 housing markets.

“More than 35 percent of all the markets on this month’s LMI are operating at a capacity of 90 percent or better of previous norms, which is a good sign that the housing recovery will continue to pick up steam in 2014,” said Kurt Pfotenhauer, vice chairman of First American Title Insurance Co., which co-sponsors the LMI report. Baton Rouge, La., tops the list of major metros on the LMI, with a score of 1.42 – or 42 percent better than its last normal market level. Other major metros at the top of the list include Honolulu, Oklahoma City, Austin and Houston, Texas, as well as Harrisburg, Pa. and Pittsburgh – all of whose LMI scores indicate that their market activity now exceeds previous norms.

Looking at smaller metros, both Odessa and Midland, Texas, boast LMI scores of 2.0 or better, meaning that their markets are now at double their strength prior to the recession. Also at the top of the list of smaller metros are Casper, Wyo.; Bismarck, N.D.; and Grand Forks, N.D., respectively.

Editor’s Note: In calculating the LMI, NAHB utilizes employment data from the Bureau of Labor Statistics, house price appreciation data from Freddie Mac and single-family housing permits from the U.S. Census Bureau. The LMI is published on the fourth working day of each month, unless that day falls on a Friday -- in which case, it is released on the following Monday.
Posted by Michael Dey at 10:00 AM No comments:

The HBA of Greenville's Community Service Committee is looking to dust off their tool belts in an effort to help Paris Mountains Camp Buckhorn with some much needed cabin renovations. The camp is looking to update the look and efficiency of all the cabins in the camp site over a period of several years. Materials and supplies will be provided they just need help swinging hammers, cutting lumber, and installing insulation and windows. The committee is hoping to work on one cabin before spring so if you are interested in helping out with this please contact Crystal at the HBA office cyanes@hbaofgreenville.com or 864-254-0133.


Here are some photos of a completed cabin transformation.

Posted by Unknown at 2:49 PM No comments:

The Honorable Melvin L. Watt of Charlotte, North Carolina, was sworn in today to a five-year term as the first Senate-confirmed Director of the Federal Housing Finance Agency (FHFA). The oath was administered by The Honorable Anthony Foxx, U.S. Secretary of Transportation and former mayor of Charlotte, NC.

FHFA was created by the Housing and Economic Recovery Act of 2008 to oversee Fannie Mae, Freddie Mac and the 12 Federal Home Loan Banks and is responsible for oversight of the $5.5 trillion mortgage finance market.

“I am honored to serve as Director of the Federal Housing Finance Agency,” said Watt. “Today’s housing finance system is one of the keys to our economic recovery and I am grateful for the opportunity to help develop a strong foundation for moving this system forward for the benefit of all Americans at this critical point in our nation’s history.”

Director Watt, 68, represented the 12th congressional district of North Carolina as a member of the U.S. House of Representatives for more than 21 years. As a member of Congress, Director Watt served on the Committee on Financial Services and its Subcommittee on Capital Markets and Government Sponsored Enterprises. Director Watt also served on the House Judiciary Committee, where he was Ranking Member of the Subcommittee on Intellectual Property, Competition and the Internet. Director Watt also served as Chairman of the Congressional Black Caucus. Director Watt was a Phi Beta Kappa graduate of the University of North Carolina at Chapel Hill and received a law degree from Yale University Law School.

Director Watt practiced law from 1970-1992, specializing in minority business and economic development law in a general practice law firm. He also served one term in the North Carolina Senate. Director Watt is married to Eulada Paysour Watt, an educator. They have two sons, Brian and Jason, both of whom are graduates of Yale University.

Posted by Michael Dey at 1:18 PM No comments: