How It Could Dramatically Increase the Cost of Market Rate Housing
Meeting the demand for affordable housing has long been a challenge in nearly every community in America. After all, home ownership remains a nearly guaranteed way for low- and moderate-income families to build wealth and improve their financial futures.

The solutions to the affordable housing problem are varied, but most involve some level of additional government intervention in the housing market which most observers agree usually contribute to lack of affordability, not improve it. One recently popular measure is inclusionary zoning.

What is it?
Inclusionary zoning occurs when local governments attempt to promote affordable housing through zoning that mandates that home builders sell a percentage of the homes built in new communities at prices that are below market rate.

Potential Problems:
By mandating a lower price for these homes, communities are directly impacting the value of land and restricting the rights of landowners to get the greatest possible return on their property. In addition, government is creating the potential for an automatic windfall for the buyers of these underpriced homes, which also must be regulated.

Another dilemma for property owners and home builders is the extra expense associated with complying with a inclusionary zoning ordinance. We may hope that home builders will just absorb these additional expenses, and lost income. In reality, they will pass them on in the form of higher prices for the remaining market-rate homes. That will have the effect of pushing a few families, on the edge of homeownership, into the group that will require assistance. It also will ultimately push higher the cost of housing throughout the community, further gentrifying the entire community. It is a slippery slope.

Supporting Studies:
The Reason Institute, in 2004, published a policy study, “Housing Supply and Affordability: Do Affordable Housing Mandates Work?” The Reason Institute study of 45 cities found that after passing an inclusionary zoning ordinance, the average city produced less than 15 affordable units per year, far less than the City of Greenville’s need. The study also found that new construction decreased by 31 percent following the adoption of an inclusionary zoning ordinance and the price of new homes in the median city increased by $22,000 to $44,000.

A recently updated study by the National Association of Home Builders found that regulatory compliance accounts for 29.4 percent of the price of a new home. In Greenville that comes to nearly $70,000 on an average newly-constructed home. Two thirds of that cost is found in the regulation of land development, which includes zoning. More significantly, the study found that the impact of regulation on the cost of housing has risen by 30 percent since 2011.

In a 2009 study by New York University, which also looked at California, specifically, San Francisco, as well as Boston, the study found that controlling for 27 variables in San Francisco and 24 variables in Boston, a detailed regression analysis indicated that in both areas there is evidence that inclusionary zoning constrains new development, particularly during periods of regional price appreciate. There is also strong evidence that implantation of region-wide inclusionary zoning put upward pressure on single-family home prices in the suburbs of Boston between 1987 and 2008.

Another study, by the National Center for Smart Growth Research at the University of Maryland, found in 2008 these measurable effect of inclusionary zoning laws in that state:
The study found that these results all pass strong tests for statistical significance and are consistent with the economic theory that such programs act like a tax on housing construction. Just as with other taxes, the burdens of inclusionary zoning are passed on to housing consumers, producers, and landowners, and so such policies do not come without a cost. Given that more of the units built are multifamily, that the new homes sold are both smaller and costlier, the impacts show that inclusionary zoning means consumers of new housing pay more to get less. Some may argue that the price increases and size reductions seem relatively small, but to policymakers in areas where affordability is already a concern, a policy that moves at all in the direction of exacerbating a problem it is intended to solve would seem undesirable and ineffective.

The most recent research on the variety and effectiveness of different inclusionary zoning programs across the country comes from the Lincoln Institute of Land Policy’s report from 2014 titled “Achieving Lasting Affordability through Inclusionary Housing”, by Robert Hickey, Lisa Sturevant, and Emily Thaden. The paper pulled data from 307 programs across the country and focused on case studies for 20 of those programs. The case studies revealed that achieving lasting affordability requires more than simply setting long affordability periods, which has been a hallmark restriction in inclusionary zoning programs. “Strong legal mechanisms, carefully designed resale restrictions, pre-purchase and post-purchase stewardship practices, and strategic partnerships are important for ensuring that inclusionary properties continue to be sold or rented at affordable prices, and are not lost due to illegal sales, foreclosure, or lax rental management practices. Despite the acknowledged importance of stewardship, most jurisdictions report having insufficient resources for comprehensive stewardship and many have not adequately planned for long-term monitoring and stewardship of inclusionary housing units.” The Lincoln Land report found that while inclusionary zoning can create large numbers of affordable units in some communities, overall, they have had a relatively small impact on the supply of affordable housing nationwide. While differences in retention levels can be partially explained by program stewardship, differences in the production levels can be partially explained by local housing market conditions. Strong demand for market-rate housing has produced more affordable units compared to weaker housing markets.

Additional Questions:
This type of zoning gives rise to many other questions and concerns:
Our Position:
It is the position of the Home Builders Association of Greenville that creating affordable housing and homeownership for every socio-economic class is absolutely necessary. But additional regulations only produce additional costs for those who buy homes without government assistance. What is needed is a comprehensive approach, not a new regulation.

Board of Directors, Home Builders Association of Greenville
Adopted March 21, 2017

Posted by Michael Dey at 1:10 PM No comments:

Your Home Builders Association will host its annual Golf Classic on Thursday, May 4, at The Preserve at Verdae Golf Course. The golf tournament is sponsored by  Progress Lighting and presented by Piedmont Natural Gas.

The Golf Classic is Captain's Choice Format.  Shotgun Start begins at 11:30 a.m..  Lunch is provided for each registered player and volunteer.  Following the golf tournament, an awards banquet will include dinner sponsored by Clark's Termite and Pest Control and prizes.  Don't miss the chance to win a NEW GM vehicle with a hole-in-one at the designated hole, sponsored by Kevin Whitaker Chevrolet.

Team, sponsorship, and prize opportunities are available.  Reserve your team now- click here to register/pay online or Here to print the form.

Volunteers NEEDED:
Please click here if you can help with registration, set up, or tear down. 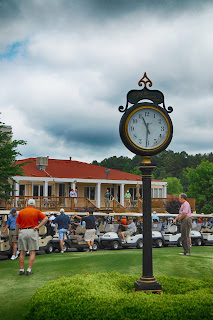 Posted by Unknown at 9:06 AM No comments: