Posted by Unknown at 5:11 PM No comments:

To enter your best Chili or Dessert recipe or to register please contact the HBA office at 864-254-0133 or email Crystal Yanes at cyanes@hbaofgreenville.com.
Posted by Unknown at 5:08 PM No comments:

Posted by Unknown at 4:50 PM No comments: 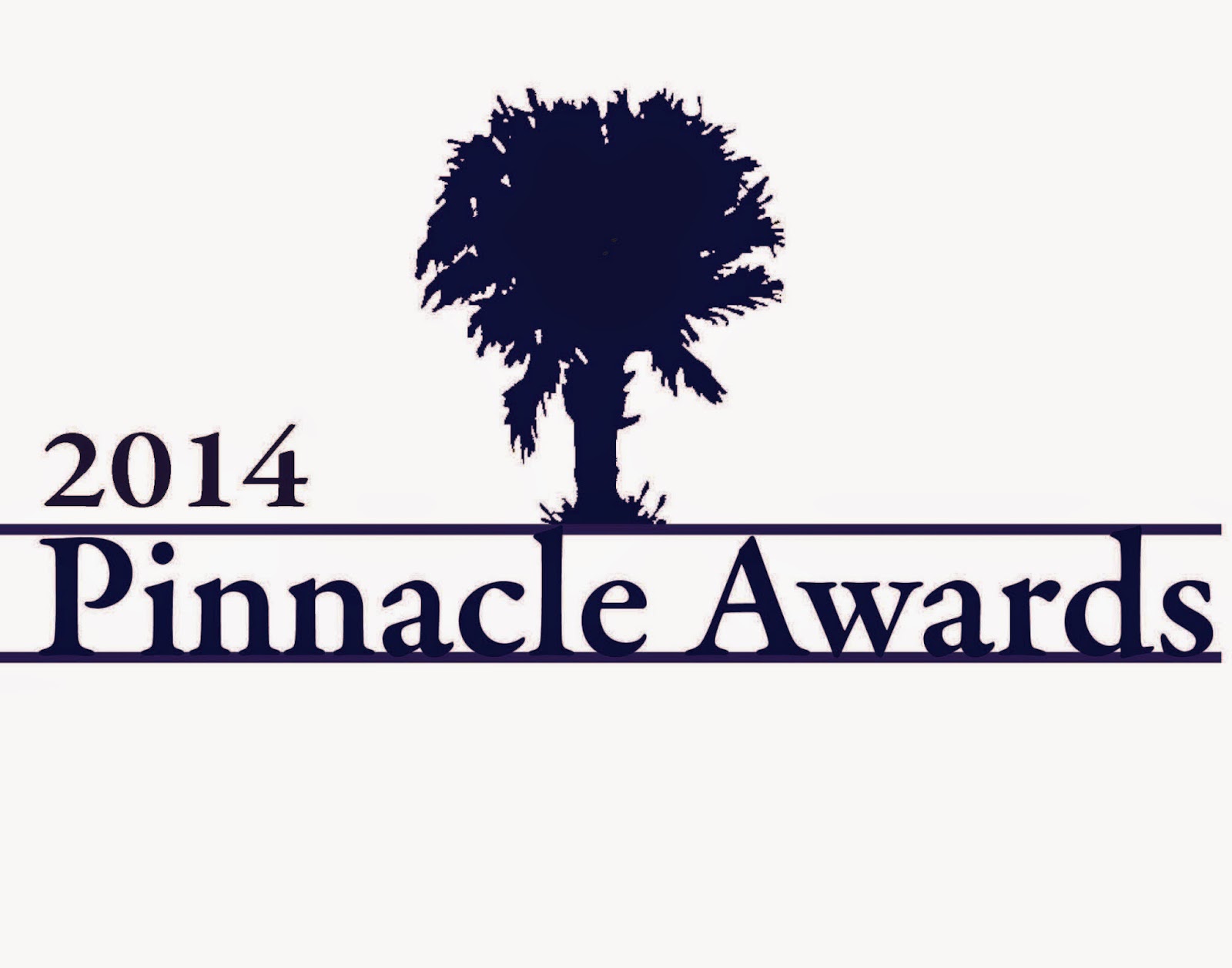 Home building industry professionals were awarded the Home Builders Association of South Carolina’s most prestigious awards last week on Hilton Head Island. The twelfth annual Celebration of Excellence awards ceremony was held to honor the recipients of the Pinnacle Awards.

About the Pinnacle Awards
The Pinnacle Awards were created to honor those in the home building industry who have achieved the highest standard of quality craftsmanship, innovative problem solving and customer satisfaction. This competition is a privilege of membership, as well as a means of challenging our members to greater levels of achievement.
Posted by Michael Dey at 4:42 PM No comments:

Dividing the number of persons moving to a state by those moving to and moving from the state gives the percentage of in migration. Using this method, Oregon is the most popular state with 61 percent of movers moving there while just 39 percent moved away. Rounding out the top five are South Carolina at 60 percent, North Carolina at 58 percent, and Washington DC and South Dakota both at 57 percent. New Jersey was last at 36 percent.

Markets in 56 of the approximately 350 metro areas nationwide returned to or exceeded their last normal levels of economic and housing activity, according to the National Association of Home Builders/First American Leading Markets Index (LMI), released today. This represents a year-over-year net gain of seven markets.

The index’s nationwide score moved up slightly to .89, meaning that based on current permit, price and employment data, the nationwide average is running at 89 percent of normal economic and housing activity. Meanwhile, 78 percent of markets have shown an improvement year-over-year.


In The Upstate, Greenville is at 89, up from 86 at the beginning of the year.  Continuing to hold back the Greenville market is permits, which remain at 57.  House prices are at 117, largely a function of lack of supply caused by sluggish starts.  Jobs are at 94 percent.  Spartanburg is at 84, down slightly and also being held back by slow starts.  Anderson is not longer tracked as a separate market and is included in the Greenville data.


“Things are gradually improving,” said NAHB Chairman Kevin Kelly, a home builder and developer from Wilmington, Del. “As the job market grows, we expect to see a steady release of pent up demand of home buyers.”

Baton Rouge, La., continues to top the list of major metros on the LMI, with a score of 1.39 – or 39 percent better than its last normal market level. Other major metros leading the list include Honolulu; Oklahoma City; Houston and Austin, Texas. Rounding out the top 10 are Los Angeles; San Jose, Calif.; Salt Lake City; Des Moines; and New Orleans.

“With the national tally only reaching 43 percent of normal, single-family housing permits continue to be the lagging component of the index,” said NAHB Chief Economist David Crowe. “The big bright spot is employment, where the number of metro areas having reached or exceeded their norms grew from 26 to 46 in a year.”

“In the 22 metros where permits are at or above normal, the overall index indicates that these markets have fully recovered,” said Kurt Pfotenhauer, vice chairman of First American Title Insurance Co., which co-sponsors the LMI report. “This finding shows the impact that an uptick in permits can have on the overall health of markets.”

Looking at smaller metros, both Odessa and Midland, Texas, boast LMI scores of 2.0 or better, meaning their markets are now at double their strength prior to the recession. Also leading the list of smaller metros are Bismarck, N.D.; Grand Forks, N.D; and Casper, Wyo., respectively.

In calculating the LMI, NAHB utilizes employment data from the Bureau of Labor Statistics, house price appreciation data from Freddie Mac and single-family housing permits from the U.S. Census Bureau. The LMI is published quarterly on the fourth working day of the month, unless that day falls on a Friday -- in which case, it is released on the following Monday.

For historical information and charts, please go to nahb.org/lmi.
Posted by Michael Dey at 4:32 PM No comments:

NAHB and other organizations that advocate on behalf of building and development issues today asked the Environmental Protection Agency (EPA) to remove city stormwater and sewer systems, also known as MS4s, from the revised definition of “waters of the United States” under the federal Clean Water Act.

It’s one of many moves the association is taking to rein in the regulatory overreach proposed the expansion of the act, which EPA released in the spring.

The Coalition of Real Estate (CORE) Associations told EPA that MS4s should be categorically excluded from the definition of waters of the U.S. because, for one thing, waste treatment systems have always had to abide by different rules because they aren’t designed to carry clean water.

Excluding MS4s would also provide “regulatory clarity,” the comments said, “and prevent improper interpretations that municipal storm sewers and their components could somehow be deemed jurisdictional ‘tributaries’ or ‘adjacent waters.”

“EPA’s obligations to establish water quality standards, criteria, and [other requirements] would prove to be illogical and unworkable as applied to MS4s and the conveyances within these systems,” the CORE comments said.

In addition, these storm and sewer systems are operated by the cities and other jurisdictions where they are located, and the Clean Water Act (CWA) is not supposed to intrude on local rights and responsibilities.

“Excluding MS4s . . . furthers the CWA’s objectives to vest states (and localities) with the primary responsibilities to control water pollution within their borders,” the comments said.

Read the full text of the CORE comments here.

EPA has proposed a substantial expansion to its enforcement of the clean water act that has been characterized by many as a "land grab."
Posted by Michael Dey at 4:20 PM No comments: