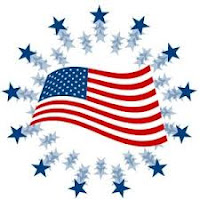 Posted by Unknown at 5:28 PM No comments:

Your HBA of Greenville's Community Service Committee accepted a project with Rebuild Upstate (formerly ReWiGo) to help a family in the Pelzer area.  The project was completed on Saturday, June 27th and the HBA of Greenville would like to thank everyone that came out to help.
The group removed and replaced the flooring in both bathrooms and also replaced parts of the ceiling in several rooms. 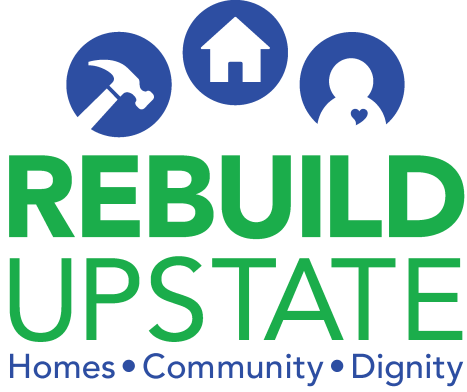 On behalf of the HBA and Community Service Committee we would like to thank the following volunteers:  Community Service Committee Chair: Richard Bernath of Southern Traditions and Window Fashions
Andrew Woodford of ABW Construction
Lisa Gilstrap of Southern First Bank
John Wolfrom of Providence Realty and Marketing
Beth Anders with Keller Williams Realty
Crystal Yanes of the Home Builders Association of Greenville.


If you would like to help out or get more information on this project or others with our Community Service Committee please contact  Crystal Yanes at the HBA office. 864-254-0133. 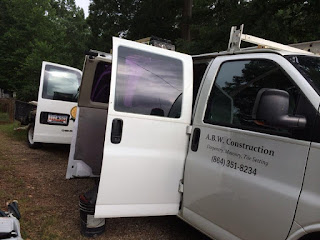 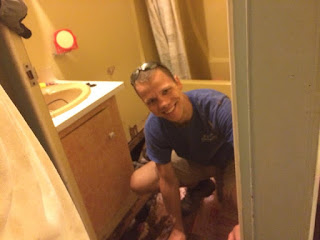 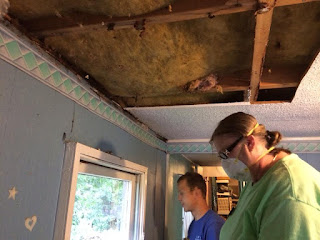 Posted by Unknown at 4:56 PM No comments:

On June 29, 2015, the U.S. Environmental Protection Agency and the U.S. Army Corps of Engineers published regulations in the Federal Register that, if implemented as planned on August 28, will massively expand the Federal government's jurisdiction over private property under the guise of the Clean Water Act.  Many observers, including the National Association of Home Builders, believe the regulation is an illegal expansion of Federal government authority.

Today, Tom Woods, Chairman of the Board of the National Association of Home Builders, announced that your Home Builders Association has filed a lawsuit in U.S. District Court challenging the new rule.  Below is a statement issued by Chairman Woods:

Fulfilling the pledge that I made at the Spring Board of Directors Meeting, NAHB has filed suit seeking to overturn a federal rule that redefines "the waters of the U.S." and drastically expands the area that can be regulated by the federal government under the Clean Water Act. The rule will go into effect Aug. 28.

Brought against the Environmental Protection Agency and the Army Corps of Engineers in U.S. District Court, Southern District of Texas, the lawsuit charges that the two agencies are "set and determined to exert jurisdiction over virtually every water feature imaginable."

NAHB has been involved in trying to shape this rule since it was first proposed in April 2014, and urged significant changes to make it more workable. Despite some minor improvements, the final rule is so extreme that the federal government will actually regulate certain roadside ditches, isolated ponds, and channels that may flow only after a heavy rainfall.

The lawsuit notes that the rule goes well beyond Congress' original intent when it enacted the Clean Water Act and ignores the jurisdictional limits already set forth by the U.S. Supreme Court.

NAHB has also been working to engage legislators on this rule. With bipartisan support, the House recently approved H.R. 1732, the Regulatory Integrity Protection Act, which would require EPA and the Corps to withdraw their rule and develop a new plan in consultation with state and local governments and other affected stakeholders, including small businesses.

Further EPA Overreach
In other news, your Home Builders Association achieved an important victory for builders when the U.S. House of Representatives passed H.R. 2042, the Ratepayer Protection Act of 2015, on June 25. The bill aims to curtail the Environmental Protection Agency’s (EPA’s) proposed Clean Power Plan rule, which would have a negative impact on the home building industry.

However, as the National Association of Home Builders outlined in comments submitted to EPA, stricter energy codes would affect only new construction and EPA has no authority over building codes.

What’s more, the energy efficiency requirements on new homes will drastically increase costs to home buyers, without guaranteeing real emissions reductions. After all, no federal or state agency can control how much electrical power a home owner decides to use once the building is occupied.

The Ratepayer Protection Act, sponsored by Rep. Ed Whitfield (R-Ky.), allows states to delay compliance with the Clean Power Plan until the courts decide on the legality of the rule. In addition, the bill includes an opt-out provision for any state that determines compliance with the rule would have a negative impact on ratepayers.

Your Home Builders Association helped lead the effort to pass the bill as a member of the Partnership for a Better Energy Future, a coalition of business organizations representing over 80 percent of the U.S. economy.

A similar bill, the Affordable Reliable Electricity Now Act of 2015 (S. 1324), was introduced in the Senate and is expected to receive a committee vote in July.

Although EPA had originally planned to finalize its regulations by June 15, it now expects to release a final rule in August.
Posted by Michael Dey at 2:27 PM No comments:

USDA to Raise Upfront Fee on No-Downpayment Loans from 2% to 2.75%

The U.S. Department of Agriculture’s Rural Housing Service (RHS) is increasing its upfront fee paid by borrowers on a no-downpayment loan from 2% to 2.75% effective Oct. 1. According to an RHS official, the difference in monthly payments is $4.83 for a typical $135,000 loan.

RHS is permitted to raise this fee up to 3.5% under federal statute, but RHS says it does not anticipate any additional increases in its guarantee fee at this time.

RHS is raising its upfront fee to 2.75% in order to keep the program self-funding and to avoid having to request appropriations from Congress.
Posted by Michael Dey at 1:18 PM No comments: