Nick Rubio, Project Manager at Gabriel Builders and a regular on the local bass fishing tournament circuit, has launched an app designed to help anglers catch more fish.  His company, Fatsack Outdoors, Inc., is also about to go public.

Rubio said he developed the App after years of keeping written journals, and finding that the smartphone apps on the market meant to track catches were not designed by fishermen.

Rubio is exhibiting this weekend at the BASSMasters Classic trade show at the TD Convention Center.

Read more at GSA Business by clicking here.
Posted by Michael Dey at 10:24 AM No comments:

The Home Builders Association of Greenville and the Sales & Marketing Council of the Upstate present the Southern Home & Garden Bridge Awards. The Bridge Awards are an annual recognition of excellence in home building, remodeling, and sales and marketing. Awards will be presented to the best and brightest in twenty-five categories. This year's gala will be held at The Poinsett Club on Thursday, March 19th and will start with cocktails and registration beginning at 5:30 p.m. 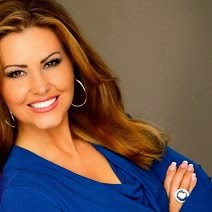 
Lender of the Year 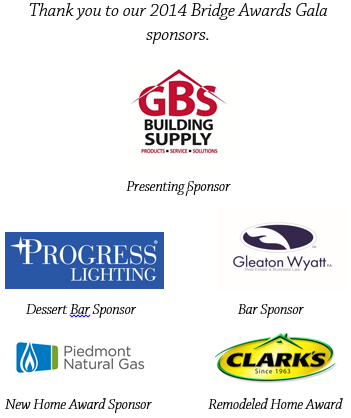 Don’t miss out on this special event, purchase your tickets today by calling the HBA office at 864-254-0133!
Individual, couples, and reserved table tickets available.
Posted by Unknown at 2:35 PM No comments:

While the stone industry in the U.S. has worked to implement dust controls to protect workers against the dangers of silica exposure, studies and OSHA inspections indicate that exposure levels may not be adequately controlled in some stone countertop fabrication worksites in the U.S.


The alert addresses the health effects related to breathing in silica dust, recommends ways to protect workers, and describes how OSHA and NIOSH can help employers reduce silica dust exposures.

Crystalline silica is found in granite, sandstone, quartzite, various other rocks and sand. Workers who inhale silica particles are at risk for silicosis. Symptoms of silicosis can include shortness of breath, cough and fatigue, and may or may not be obviously attributable to silica. Workers exposed to airborne crystalline silica also are at increased risk for lung cancer, chronic obstructive pulmonary disease and kidney disease.

For more information on OSHA’s silica rulemaking and your Home Builders Association’s involvement, visit nahb.org/silica. For a quick reference guide on silica safety, check out your HBA's Silica Safety Cards, available for download in English and Spanish.
Posted by Michael Dey at 2:34 PM No comments:

Slightly lower interest rates and home prices contributed to a slight increase in nationwide housing affordability in the fourth quarter of 2014, according to the NAHB/Wells Fargo Housing Opportunity Index (HOI) released today.

In all, 62.8% of new and existing homes sold between the beginning of October and end of December were affordable to families earning the median income of $63,900. This is up from the 61.8% of homes sold in the third quarter.

In Greater Greenville, the index rose from 78% during the third quarter of 2014 to 80.4% in the fourth quarter.  Like the nation, house prices dropped slightly to $161,000 from $163,000, while income remained at $58,200.  As a result, Greater Greenville's national rank as most affordable among all housing markets improved to 64th nationally, and 13th in the Southeast.

“This upturn in affordability is a positive development, and in line with what we are hearing from builders in the field: More prospective buyers are starting to move forward in the marketplace,” said Tom Woods, Chairman of the National Association of Home Builders (NAHB).

Syracuse, N.Y. claimed the title of the nation’s most affordable major housing market, as 92.8% of all homes sold in the fourth quarter of 2014 were affordable to families earning the area’s median income of $67,700.

Also ranking among the most affordable major housing markets: Akron and Dayton, Ohio and Harrisburg-Carlisle and Scranton-Wilkes-Barre, Pa, with the latter two tied for fourth place.

Cumberland, Md.-W.Va. topped the affordability chart among smaller markets: 96.2 percent of homes sold during the fourth quarter were affordable to families earning the area’s median income of $54,100. Other smaller housing markets at the top of the index include Kokomo, Ind.; Wheeling, W.Va.-Ohio; Binghamton, N.Y.; and Salisbury, Md.

For a ninth consecutive quarter, San Francisco-San Mateo-Redwood City, Calif. was the nation’s least affordable major housing market. There, just 11.1% of homes sold were affordable to families earning the area’s median income of $100,400.

Other major metros at the bottom of the affordability chart were Los Angeles-Long Beach-Glendale, Santa Ana-Anaheim-Irvine, and San Jose-Sunnyvale-Santa Clara — all in California — and New York-White Plains-Wayne, N.Y.

All five least affordable small housing markets were in California. At the very bottom was Napa, where 12% of homes sold were affordable to families earning the area’s median income of $70,300. Other markets on the list included Santa Cruz-Watsonville, Salinas, Santa Rosa-Petaluma, and San Luis Obispo-Paso Robles; in descending order.
Posted by Michael Dey at 11:33 AM No comments:

In a positive development for small business owners, the U.S. Treasury Department announced this week that it will delay enforcement of an Affordable Care Act (ACA) prohibition relating to standalone health reimbursement arrangements (HRAs) until July 1.

“While today’s announcement by the Treasury Department is a step forward in helping small businesses to provide affordable health coverage to their employees, a short-term delay isn’t good enough,” said Tom Woods, Chairman of the National Association of Home Builders (NAHB). “Congressional action is needed to make this change permanent.”

Your Home Builders Association has been working on several fronts to achieve this goal. NAHB CEO Jerry Howard discussed the issue of standalone HRAs in a meeting with Health and Human Services Secretary Sylvia Burwell on Feb. 5.

In addition, your Home Builders Association is calling on Congress to advance legislation based on the bipartisan bill introduced by Reps. Charles Boustany (R-La.) and Mike Thompson (D-Calif.) in the waning days of the 113th Congress that would reverse the IRS regulation preventing small businesses from providing employees with standalone HRAs.

A standalone HRAs is an employer-provided benefit that offers participants a spending account to reimburse them for qualified medical expenses. However, in light of the ACA’s ban against health plans with an annual dollar limit on essential benefits, standalone HRAs have been deemed impermissible.

“We look forward to working with Reps. Boustany and Thompson to re-introduce legislation that will require the IRS to reverse its regulation preventing small businesses from providing standalone HRAs so that they can provide better health coverage to their employees at lower costs,” said Woods.
Posted by Michael Dey at 8:27 AM No comments:

Lead Paint Rule Marches On, but Time Still an Issue

The change would allow remodelers and other contractors to re-certify online, saving time and money for individuals and firms who have been certified for years. However, contractors obtaining certification for the first time would still need to complete the hands-on portion of the training course.

Given that a large number of certified renovators must complete a refresher training course by July 1, EPA has proposed providing a six-month extension for renovator certifications that expire by that date. Extending the deadline is a good first step in mitigating the concerns regarding the timing of this proposal and help ensure that as many renovators as possible can take advantage of the savings provided by the streamlined requirements of the proposed rule.

In its comments filed Feb. 13, your Home Builders Association supported EPA’s efforts to increase affordable access to the renovator refresher training courses, and to extend the completion deadline to ensure that those renovators who came into the RRP program when it launched in 2010 have access to online-only training options.

NAHB also urged EPA to expedite consideration of the extension to provide the industry with needed certainty.

Be Pro-Active for a Green Appraisal

When it comes to getting an accurate appraisal for a high-performance home, it’s easier and more practical to take the right steps up front than to try to get a low appraisal revised after the fact.

Appraisal expert Sandra Adromatis, a featured speaker at the High Performance Building Zone during the recent International Builders’ Show, offered advice for securing an accurate appraisal of a high-performance home.

First and most important is documentation, especially of features behind the walls and other items that aren’t immediately obvious.

A good place to start is by taking a close look at the Appraisal Institute’s Residential Green and Energy Efficient Addendum. This is particularly important if the home is built to a nationally recognized program like theICC-700 National Green Building Standard or includes additional high-performance features that should be documented within the appraisal.

Filling out the addendum and providing it to the appraiser will help ensure that the house’s important features are noted and valued appropriately. In a move that will further facilitate the process, the Home Innovation Research Labs, which certifies homes to the National Green Building Standard, recently announced that it will provide a copy of the addendum noting some pertinent features of the property with green certifications.

Providing detailed information to the appraiser about any of these features will go a long way toward securing an accurate appraisal. Even more helpful will be any comparison you can provide between your product and building the same house to the prevailing local code, especially regarding energy use and costs.

To ensure an accurate appraisal, it’s equally important that the appraiser be experienced in evaluating green and energy-efficient homes. Again, the Appraisal Institute is a good place to start. If you navigate to the left side of its Find an Appraiser page, you can search for someone in your area who has passed the courses necessary to be listed on the institute’s professional development program registry for the valuation of sustainable residential buildings.

That’s good information to share with the lender, who will ultimately be responsible for hiring the appraiser.

Remember also to select a lender well-versed in high-performance construction. Also consider adding a contract clause to require the lender to hire an appraiser qualified to evaluate green homes.

Another option: Establish relationships with lenders who understand the value of green and are committed to ensuring appropriate appraisals on such properties.

The best place to start when looking for such a lender? Put the networking power of your HBA to work and ask other members for recommendations.

Posted by Michael Dey at 8:13 AM No comments:

Your Home Builders Association is digging into a new Executive Order that could have a significant impact on how and where our members develop, build and remodel homes and communities near coasts and rivers.

It updates a 1977 EO that required federal agencies to do what they could to preserve the nation’s floodplains — areas subject to a 1% chance or greater of flooding in any given year — and limit their development where possible.

The new EO creates a new Federal Flood Risk Management Standard (FFRMS) for all federally approved or funded projects and significantly expands the areas to be protected. Federal agencies will have three options for establishing the new FFRMS elevation and flood hazard area:
And while the Administration has stated that the EO is targeted to federally financed projects, your Home Builders Association is concerned that the scope could be much broader: A strict reading implies it could include homes built under FHA and HUD housing programs and the National Flood Insurance Program. And conceivably it could affect permitting under the Clean Water Act — if all waters in floodplains are subject to federal jurisdiction, if the new Waters of the United States definitions are finalized as proposed — and the Endangered Species Act, because the floodplain is identified as critical habitat for many listed species.

The Administration said it wants to hear from those affected by the EO and plans a series of “listening sessions” around the country. The first one will be held in Ames, Iowa on March 3, with additional sessions scheduled through the remainder of the month.

Members can comment in writing, too, and those comments are due April 6. Get details from this Federal Register notice and this FEMA fact sheet.

Posted by Michael Dey at 2:05 PM No comments: