The U.S. Department of Labor (DOL) on July 15 issued guidance regarding application of the criteria used to assess whether a worker is properly classified as an independent contractor under the Fair Labor Standards Act, which determines overtime, unemployment insurance and other obligations. Independent contractors are not covered under the act.

The test used under the FLSA is one of several used at the federal level to determine worker classification. The Internal Revenue Service, the National Labor Relations Act, and Employee Retirement Income Security ACT (ERISA), each use a different test to distinguish independent contractors from employees.

The DOL document does not appear to signal a shift or change in the law as it relates to how workers are classified as either employees or independent contractors. Rather, it clarifies the factors to be considered in making such a determination.

On its face, this "interpretation" does not appear to place any new or additional burdens on the industry. However, given the emphasis on the construction industry to date, and in the guidance document, NAHB will have to be vigilant in monitoring enforcement to determine how DOL is applying the "economic realities" test in the field. Arguably, the factors leave a lot of room for interpretation, and the document confirms there is clearly a bias towards worker status as employees.

We are also concerned that the Administration is too focused on enforcement and providing less individualized assistance to employers who are in need of compliance information. NAHB plans to urge Congress to use its oversight authority to ensure DOL hasn't overstepped its boundaries.

NAHB has provided analysis on the DOL guidance to help you determine whether a worker is an independent contractor or employee.

We will continue to monitor this situation closely.
Posted by Michael Dey at 4:38 PM No comments: 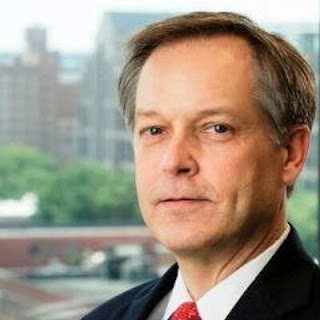 Changes are coming to an employer’s requirement to pay overtime to employees, and it is going to have a significant effect on many employers, including home builders. As employers know, under the Fair Labor Standards Act (FLSA), employees are generally entitled to overtime pay for hours worked in excess of 40 hours in a work week. Unless exempt, this rule applies to all employees, including craftsmen, construction workers, carpenters, electricians, plumbers, and other laborers on a construction site.

There are certain exemptions, however, including for employees who hold positions with supervisory, managerial, administrative, and professional responsibilities and who earn more than $23,660 per year ($455 per week). Under the current rules, if these employees are compensated above that threshold amount, they are considered exempt from overtime pay under the FLSA, and are not entitled to overtime pay regardless of the number of hours they work.

There is a comment period for this rule, which ends on September 4, 2015, and a final rule will be issued sometime thereafter. The rule, if finalized, will take effect 30-90 days after it is finalized.

The new regulation increasing the threshold to $50,440 is likely to increase the number of employees in the home building industry who are entitled to overtime pay. Specifically, many full-time supervisory construction employees have been exempted and not entitled to overtime as a result of the $23,660 threshold. But many of these employees do not make more than $50,000 per year.

According to the Bureau of Labor Statistics, the mean salary for first-line construction supervisors in South Carolina in 2014 was $55,680. The National Association of Home Builders estimates that 47 percent of the supervisors involved in residential construction in South Carolina will be affected by this change. With the new regulation, these employees will be entitled to time-and-one-half for all hours worked over 40 hours in a work week. This can potentially wreak havoc on cost projections and planning.

As we know, construction jobs occasionally require 60-hour (or more) work weeks when there is a push to complete a project, when there is bad weather in the forecast, or when an emergency arises. In those situations, nonexempt supervisory employees will be entitled to overtime pay for all hours over 40.

The predicament for home builders is that these employees are critical for providing customers a good product. These employees perform critical functions that might include managing labor forces, updating and managing schedules, keeping the accounting records, or insuring quality control. Furthermore, unlike many other laborers, these employees might be involved in every aspect of construction. They play a valuable role in the quality of the product being built.

If the new rule is approved, home builders may need to take action to avoid unplanned expenses. Possible actions include scheduling work to avoid overtime, raising the salaries of supervisory employees to the new threshold, or to hire additional supervisory employees to spread the work out so that each can work less than 40 hours per week and avoid overtime. Of course, none of these are very attractive or workable solutions. Reducing hours might lead to project delays; adding other supervisory employees would further increase costs and will cause inefficiency. Thus, while overtime pay can potentially be avoided, the solutions might involve even greater costs. Any way you slice it, for many home builders, it may get more expensive to build a house.

Posted by Michael Dey at 3:27 PM No comments: