Nationally, interest rates on conventional purchase-money mortgages decreased from April to May, according to several indices of new mortgage contracts.

The National Average Contract Mortgage Rate for the Purchase of Previously Occupied Homes by Combined Lenders index was 3.75 percent for loans closed in late May, down 3 basis points from 3.78 percent in April.

The average interest rate on all mortgage loans was 3.75 percent, down 3 basis points from 3.78 in April.

In a victory for your Home Builders Association and small business employers across the nation, both the House and Senate Labor, Health and Human Services Appropriations Committees have rejected additional funding for the U.S. Department of Labor (DOL) to address initiatives regarding misclassification of workers.

The National Association of Home Builders (NAHB) spearheaded this effort, along with its business partners in the Coalition to Promote Independent Entrepreneurs, to urge House and Senate lawmakers to deny a White House funding request for an additional $10 million in the fiscal 2016 budget for DOL to implement worker misclassification enforcement and detection activities.

Last year, DOL granted $10.2 million to 19 states to implement or improve worker misclassification programs. The funds were designated to help states identify instances where employers improperly classify employees as independent contractors or fail to report the wages paid to workers at all.

While several states have existing programs designed to reduce worker misclassification, this was the first year that DOL awarded grants dedicated to this effort.

This could create an incentive for a state workforce agency, when making a worker-status determination, to find misclassification where none exists, the coalition told lawmakers.

House and Senate lawmakers agreed with us that state workforce agencies should focus on educating their employees about the laws regarding independent contractors rather than appropriating money incentivizing a worker misclassification finding.
Posted by Michael Dey at 1:37 PM No comments:


The Neighborhood Initiative Program (NIP) is designed to stabilize property values and prevent future foreclosures for existing property owners in strategically targeted areas through the removal of blighted structures.
NIP will assist communities by acting as a catalyst to stimulate redevelopment and revitalization in areas suffering from blight and decline, stabilizing values and assisting in the the preservation of existing neighborhoods. NIP is a joint venture of the South Carolina State Housing Finance and Development Authority and the SC Housing Corp. (SCHC), a not-for-profit corporation. NIP is made possible by the U.S. Department of the Treasury. 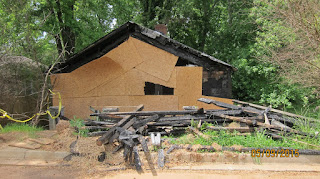 113 Mt Eustis ST
The Neighborhood Initiative Program aims to acquire and restore the property through grading and seeding.

Program Guidelines
The City of Greenville, along with seven partnering non-profit organizations, was awarded $2,146,767 in NIP funding. The seven partnering non-profit organizations will acquire properties containing vacant and blighted structures, demolish all structures on the property and restore the property through grading and seeding. Properties must be located in one of the City of Greenville's Special Emphasis Neighborhoods.  The maximum amount of funding allowed for each property is $35,000, including all acquisition, demolition and restoration costs.  Properties acquired through this program will be redeveloped for affordable and workforce housing opportunities.  All funds must be spent by June 30, 2017.

For more information or if you are interested in selling your property, please contact Michael Williamson, Community Development Division, at 864-467-4570.

For more information on Project Activities and Budgets click here.
Posted by Unknown at 12:28 PM No comments:

Our Condolences:
On behalf of the Home Builders Association of Greenville, we would like to extend our sincere sympathy to the family of Allen Tate, founder of the Charlotte-based real estate firm that bears his name Allen Tate Company.
Raised in Gaffney, S.C., Tate graduated from UNC Chapel Hill. Later, in 1957, he opened a one-man real estate and insurance office in uptown Charlotte’s Liberty Building. He grew his business into a major Carolinas real estate company. Today, the company has about 40 offices in its two-state footprint, about 1,400 Realtors and roughly 200 additional employees.
Tate is survived by his wife, Bessie; four children, Allen III and wife, Sha; Elizabeth “Libby” Gordon and husband, Paisley; Lauren Campbell and husband, Malcolm; and Frank Burgess and wife, Heather; and nine grandchildren. He was preceded in death by his wife, Barbara, in 2006.

For more information click here
Posted by Unknown at 12:06 PM No comments: 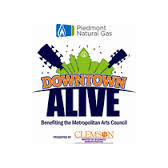 What: HBA of Greenville Appreciation Night at Downtown Alive
When: Thursday, August 6, 5:30 p.m. until 8:00 p.m.
Where: Piedmont Natural Gas' VIP area on Main Street near the Hyatt (downtown).

No registration necessary. Simply show up and enjoy the evening and food and beverage, courtesy of Piedmont Natural Gas.

We look forward to seeing you then!
Posted by Unknown at 4:42 PM No comments:

Twenty-eight members of the Building Industry Association of Central South Carolina visited Washington last week to discuss housing issues with Senators Lindsey Graham (R) and Tim Scott (R) as well as Representatives James Clyburn (D), Mick Mulvaney (R) and Joe Wilson (R).
It was a family visit for some. “We encourage members to bring their children,” and get a firsthand look at the political process when they make their annual trek, said EO Earl McLeod.
Members took the opportunity to present the home builders’ point of view on the new HUD closing rules, definitions for “waters of the United States,” the president’s Executive Order on development in the floodplain, and the Lead: Renovation, Repair and Painting rule.
Posted by Unknown at 3:35 PM No comments: